shadow hunters are the goat of the game mainly because of their class gem ability which makes then shoot like a machinegun. What makes them special is their abilites of having a heavy and light attack ( like all classes) but can be amped by its ability called hunter which allow the players or the pleyer to see through walls and shoot through them and over penatrate enemies. --is craftable 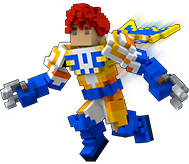 vanguardian is one of th e news additions to the game, recently coming from the heros update with new class set. what makes him special his all his abilities mainly his super hear landing because it does damage to surrounding enemies as well as the damage that vanguardian can deal. hes like the shadow hunter but taller and can clear dungeons very quickly. --is craftable 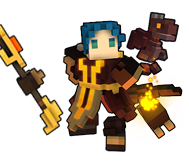 dracolyte is the best class in the game and just gets better when you get his class gem. though i dont have it the gem adds more damage that he can deal, and is an S tier class. He does the best in clearing dungeons and shadow towers and is the most recommended class in the game

gun slinger is another S tier class that deals the most raw damage out of all the classes in the game. Gunslingers class gem makes his ability amped and deal more damage and also deal more area damage. hes the most used in the game other than shadow hunter and dracolyte --is also craftable 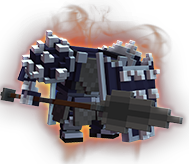 revenant is one of the A tiers in the list and is mainly because of his ability that allows him to deal more damage in return for taking health points away. the damage is doubled from the getko and is used in many activities including shadow tower farming and dungeon grinding. An honorable mention is the neon ninja which is like revenant but fast and uses the same ability that deals more damage but with out the cost of any health points taken away --both are craftable